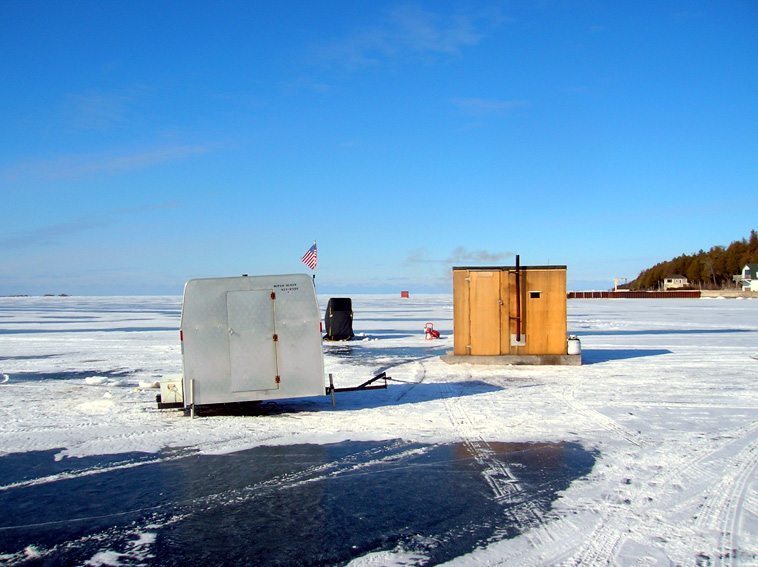 Walking the sharp afternoon, an hour or so before sunset, the light already cutting the trees in darkness halfway down the trunks, the face and the ears catching the slight but bitter wind while passing the open fields. Down to the lake, covered now with snow . . . and in the distance, four ice shanties. Smoke rolls upwards from the tiny chimneys and spreads in the late light of sky. Inside, men sit around an open hole of blue, tied to the water under ice, lost in the oldest of prayers. Walking above it all, I see and feel and know the sweep and force of wet flesh stirring a muddy lake bottom that might possibly read spring to scale and fin and shell, though the clear and cloudy heaven I trod, to fish steering beneath me, remains a constancy, a limit to leaping, a ceiling of ice.

Frost Upon the Pane

Of nights, of winter, sometimes not made for sleep or dream. Night of anguish, of a restlessness, of wanting too hard to die the death of day. Struggling to reconstruct the silence, the meaninglessness of words. To stop the mind. To stop the mind. To worry the illusive patterns of frost upon the pane. To climb that slope, reach the apex which harbors moonlight, only to slide down again in milky darkness, eyes alive, body whole, mind afire.

Coming home last night through the fast falling snow: flakes growing in my eyes, the play of light on the road ahead. Landscape shifting as the road, the trees, the fences, farms and fields are transformed in a unison of white. The beams of the headlights, straight, in time appear to cross, appear to turn back upon themselves, back upon the driver, eyes dancing in a whirl of flakes so big they blind, then occupy the very eye till all inside the skull is a ball of glass turned upside down, snow drifting in its own light.

The silence of this life in the country night and day, in winter, becomes so common, so casual, that only the harshest, the most strident, the most unusual of noises awakens one from this comfortable lethargy. It is almost as if a balance of nature, sounds most natural, has been reached within the ear. Which is why early this morning, 6:30 a.m., the far away sound … a hum?…coming closer to where I lay in bed…closer…rivets my attention to the ceiling, then to the window, the sky. Suddenly the steady whirring sound passes overhead, diminishing once more. A single-engine plane, flying this bleak winter landscape unaccustomed to any air traffic at all. The mind goes up to it… the sound, the plane, the pilot. With him I see the white peninsula, the islands, the blue waters of the lake. On the ground, snowbirds… a harbinger of spring. 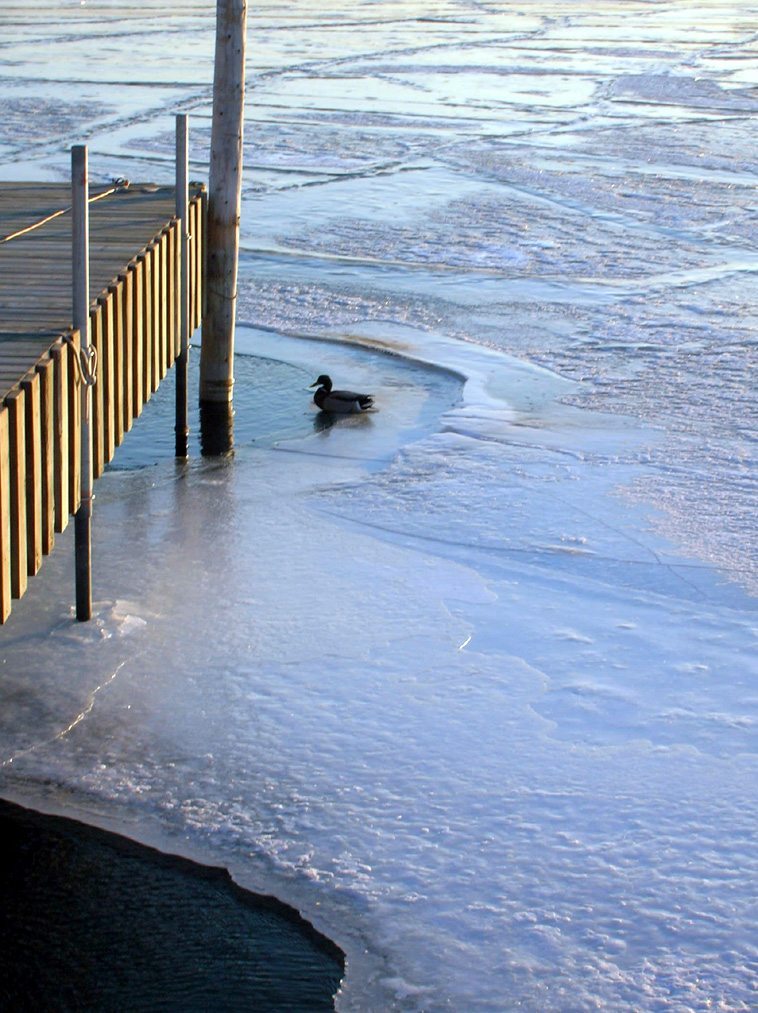 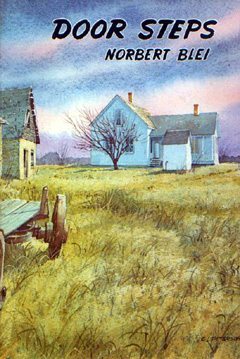 from: DOOR STEPS, The Days, The seasons, Ellis Press, 1983, cover painting and text sketches by Charles Peterson, $15, hardbound. A year of daily notes and four essays chronicling the life of a writer adjusting to a rural landscape. Available from the publisher, Ellis Press; from the author at ngbleiATgmailDOTcom or in Door County at Main Street Market, Egg Harbor; The Pioneer Store, Ellison Bay; Passtimes Books, Sister Bay.

happy valentine’s day from the ghost of gust klenke