Add to the growing list of Door County writers, Dr. Shaun J. Melarvie, born in Prairie du Chien, who joined the medical staff of Door County Memorial Hospital as an employee of John Herlache in 1994 and in 1996 joined forces with him to create Lake Side Surgical Associates.

“Not another diet book!” you exclaim. Well, yes. But no.

This one’s different. For one thing, the doctor quotes Goethe on page iii: “Whatever you can do or dream you can, begin it./Boldness has genius, power, and magic in it.” Then introduces the first section, “Pre-Enlightenment” with some Shakespeare:

What a piece of work is a man
how infinite in faculties,
in form and moving how express and admirable,
in action how like an angel,
in apprehension how like a god!
the beauty of the world,
the paragon of animals—and yet,
to me, what is this quintessence of dust?

At a hefty 412 pages, THE RELATIVITY DIET, A Diet Theory of Everything, by Shaun J. Melarvie, M.D. may be the MOBY DICK of diet books.

The breadth and sweep of it, the narrative pull of the prose, the pure science and detail of the matter…not to mention humanistic, memoir-like quality…the ability of this doctor-writer to add significant humor to his regimen as well, yet remain focused on the passionate personal, scientific, and philosophical pursuit of the great white whale of weight-loss… Quite an endeavor.

Chapter one opens on this note, immediately grabbing the reader’s attention:

I never was little. I never had a growth spurt, shooting up over the course of the summer—I always was about as big at the end of the school term as I was at the start of the next one, relative to my peers. From the day I was born at twelve pounds to the peak of my obesity some forty years later at over three hundred, my body mass remained on a steady upwards trajectory but for one brief interruption brought on by the happy coincidence of adolescence and testosterone. As of September twenty-first, 1961, I was the largest baby ever born in the Prairie du Chien Memorial Hospital. A long labor, before the era of epidurals and high C-section rates, left me with a misshapen head from the forceps that pulled me headfirst from my mother’s birth canal. I was nearly twice as large as any other baby in the viewing window and as I banged away on the sides of an ill-fitting bassinet people pointed at me and exclaimed something to the effect ooh, what a huge baby… what’s wrong with the poor thing… look at his head, it’s shaped like a heart. My father told me years later that when asked if I was his baby he replied that no, it was not—he denied me if not three times, at least once. 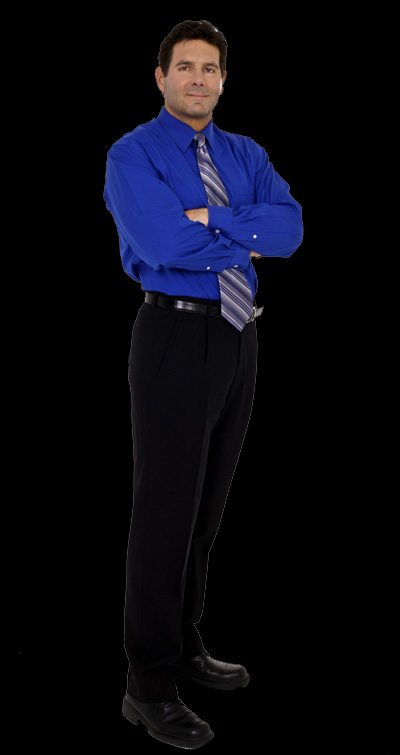 When, as a culture, did we become so obsessed with diets?

“Diets go back a long way.” explains Dr. Melarvie. “In fact, the first low-carb diet was suggested by William Banting in 1863. I think the more recent emphasis can be tied to Hollywood and motion pictures, with the emphasis on beauty and thinness and the almost quasi-worship of the celebrity. There also seems to have been an evolution of the “desired” body habitus from full-figured, like Monroe or Hayworth, to emaciated, like Kate Moss or Angelina Jolie. The solution to overweight and obesity became not a proper and health life-style, but a quick-fix oriented, easy, painless way, usually swallowed, and at a price of some sort.”

In follow-up discussions with the doctor–how his diet book differs the myriads of others published, and about to be published–he brings this to light:

“The Relativity Diet” doesn’t spend a lot of time, none really, on telling you specifically what to eat; that is left up to the reader to figure out, based on their re-education. The book focuses on the scientific foundation of energy, calories, and the body’s various responses to the various macronutrients. What I found helpful personally, and what I feel the reader will find helpful as well, is that an understanding of these scientific truths is what will make the difference. Much of the information is familiar, but is covered from a slightly different angle, and more in depth.

“The other primary difference is the format of the book itself. It is meant to be read in a linear fashion, like a story, from front to back. It breaks down fairly scientific, complicated material into digestible chunks, and incorporates a fair amount of humor along the way.”

That’s one of the great strength of this book, as I alluded to in the beginning: the literary tenor of the author’s approach. Not to mention that Dr. Melarvie nourishes a desire to write science fiction.

So back to the chase: the great white whale of weight loss. (“ I’ll follow him around the Horn, and around the Norway maelstrom, and around perdition’s flames before I give him up.” –Captain Ahab.) So many attempts. So few conquests.

“I think that the traditional diet of low-fat, high-carb, like the food pyramid of old, is a difficult diet to lose weight on because of the high-carb fraction, and I address this in the book. The other main problem is that a diet is somehow “artificial” especially in the case of the mail order diet meal plans, and after a goal is reached, the dieter returns to their usual and normal way of eating, which often is not a healthy or appropriate way.”

Presenting my literary credentials once more, I ask the good doctor: “Rilke once said: “You must change your life.” Does this fit into your theory of dieting?

“Definitely…if you do not change the way you think about food and energy, you will return towards old eating habits, which are obviously a problem for the overweight, or obese. There is so much more to weight-loss than a caloric limitation, although, granted, that is one of the most important. This is the argument I make in my book—the argument of making positive choices, based on a personal empowerment with the knowledge of the truths and science of why things are the way they are.“

We are a nation of fat people. Adults, children…O B E S I T Y the sign of our times. The meditation of munchies. We eat our way to happiness. Nirvana. What role does the culture play in overweight-white-whale-America—and who is responsible?

“In the book, I mention a “culture of fat,” and by that I allude to the ready availability and emphasis on energy dense food in our society. There has been a movement towards eating out, as opposed to cooking at home, and as far as the “eating out” options, the focus for the restaurants, etc. is not necessarily on health, but rather, the focus is on satisfying the id, and that basically involves, fat, sugar, and salt. It is difficult for me to eat out and stay within a reasonable caloric intake…my struggle begins with the first basket of “free” bread.

“The fast-food industry is a big part of this culture of fat, with their emphasis on packaged meals of soda, white bread, red meat and deep-fried potatoes, or the equivalent. The fast food restaurants do now offer salads, and the Subway chain has caloric-sensible entrees, but I suspect that the majority of sales for fast-food burger joints involve some combination of red meat and white bread.

“The counterpart to the whole fast-food, super-sized meals is the emphasis on thinness and the “easy” fix of taking some supplement that will “melt” the pounds off. The lion’s share of claims of these diet aids are false and are not backed up by blinded medical studies. In fact, the OTC are not regulated and it is likely that the concentrations of the “active” substance (s) are not as reported, if even present. This juxtaposition in our society of the promulgation of high-fat, energy dense food and the obsession of thinness is like some kind of a twisted yin and yang.”

Your book is heavy on science…might that scare people away?

“I certainly hope not. I think it is beautiful, mysterious, and awesome…the fact that we are all but manifestations of energy, which is mass multiplied by a velocity, imbued with the actual awareness that we are manifestations of energy. We are collections of atoms, which are 99.9% space, meaning that each of us are, at the very basic level, mostly space, and what makes us solid is the fundamental force of electricity—so, when we lose weight, we are losing mostly space. Now, isn’t that fascinating?” 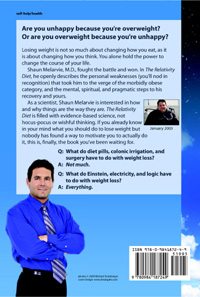