a man on a bench

INTRO/Editor’s Note: I was fortunate to develop as a writer in the city of Chicago in the 60’s and 70’s when newspapers were the voice of the city. Every off-street, neighborhood, bar, ethnic group, character, restaurant, political ward had story potential, and thoughtful editors took you under their wing and saw to it that your word ‘of the people’ be celebrated on its pages.

I was even more fortunate in that almost every editor I worked with on city newspapers and magazines (especially the Chicago Tribune, The Chicago Sun Times, and Chicago Magazine) let me do any story that interested me. I didn’t need the approval of a board of editors and managers. I merely called from the street…let’s say, John, at the Chicago Trib…and told him: “I’ve always wanted to do a story about guys who sit on benches in city parks all day. I think I found one.” The answer was always: “Go ahead.”

Fast forward from Chicago then to Door County now, where I have lived a long time. (Still with a lot of Chicago in my blood.) It’s an unusually balmy early spring here in this rustic, rural northern neck of Wisconsin. About mid-afternoon yesterday I went over to a place called Ellison Bay Bluff Park to check on a spectacular view: the ice moving out. I lingered a long while in the silence and beauty of watching blue water return.

When a stranger stopped to talk I handed her my camera. “Take a shot “ I said, “for my son and daughter. But take it from behind me, not in front. I want them to know I’m okay. Still a dreamer. And that I’ve reached a certain stage in life. I’ve become a classic bench sitter.” –norbert blei 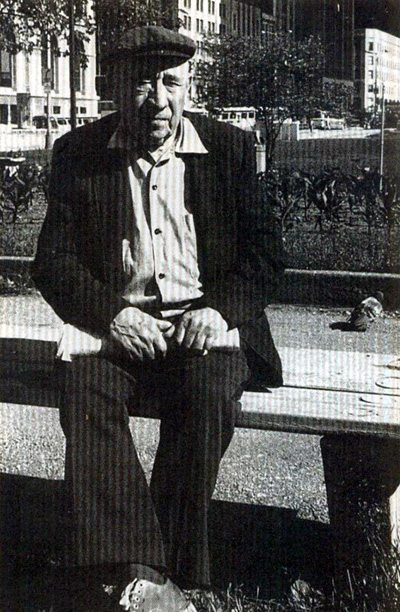 A Man on a Bench

At four every morning Innocenzo Bonelli is up, partly because of the pain, partly because a ninety-year-old man does not sleep long. He eats in his room at the Wells Grand (“Men Only, No Transients”) and usually by six heads for a bench in Grant Park.

All men are not bench sitters. Young people, especially, seem to have no use for the furniture of city parks and small-town courthouse squares. It takes an Innocenzo Bonelli, a classic bench sitter, to give the pastime the grace it de¬serves. The buses roll by him down Michigan Avenue, the early morning traffic is ponderous, but he has the grass, the pigeons, a newspaper, and his bench. He is a study in tranquility.

“I come down here just to pass the time,” he says. “I don’t do nothing. I go home eleven o’clock and make something to eat. Afternoon I take nap, or I read some books… any book I find. Sometimes I walk down to the lake and watch somebody catch the fish. I like to be by myself.”

Bonelli. a retired baker, has lived in Chicago almost seventy years. “I come from Italy in 1910,” he says. “Never was back. No want to. I don’t care for the old country. It’s pretty good here.” There are long pauses in the conversation. To bench sitters, what is said is not important. You do not find a bench for yourself in the park to converse. But should a stranger come by and share your time and bench, you may make small talk.

“I get $184 from Social Security,” Bonelli says, rubbing his chin. “For me, is enough. I cook, I wash my own clothes, I cut my hair. Sixty dollars for rent. The landlady is nice.”

Bonelli has never married and has been in bad health most of his life. “Every month I go to the doctor to take blood pressure,” he says. “I can’t sleep only three or four hours a night. I had an operation here,” pointing, “by nose . . . here, by ear… and down here, prostate. I get medicine. But about six weeks ago they tell me they pay too much already. Last hospital bill, $3,000.”

Pigeons flutter around him. The sun is getting higher, and he pulls down his cap to protect his eyes.

Some coffee, Innocenzo? Some breakfast? On me.

“I don’t want nothing from nobody,” he smiles, opening his newspaper. “I just say thank you.” Then he disappears into the silence of his art. –norbert blei 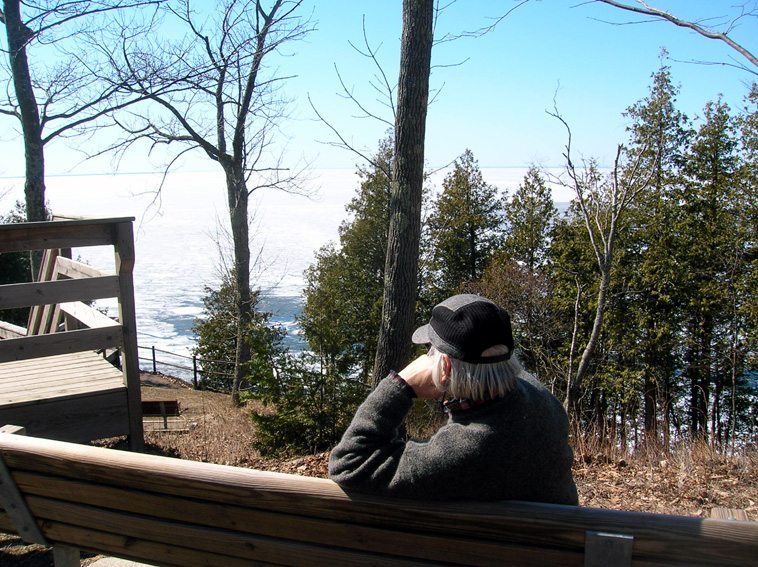 Norbert Blei | Photo made by A Passing Stranger 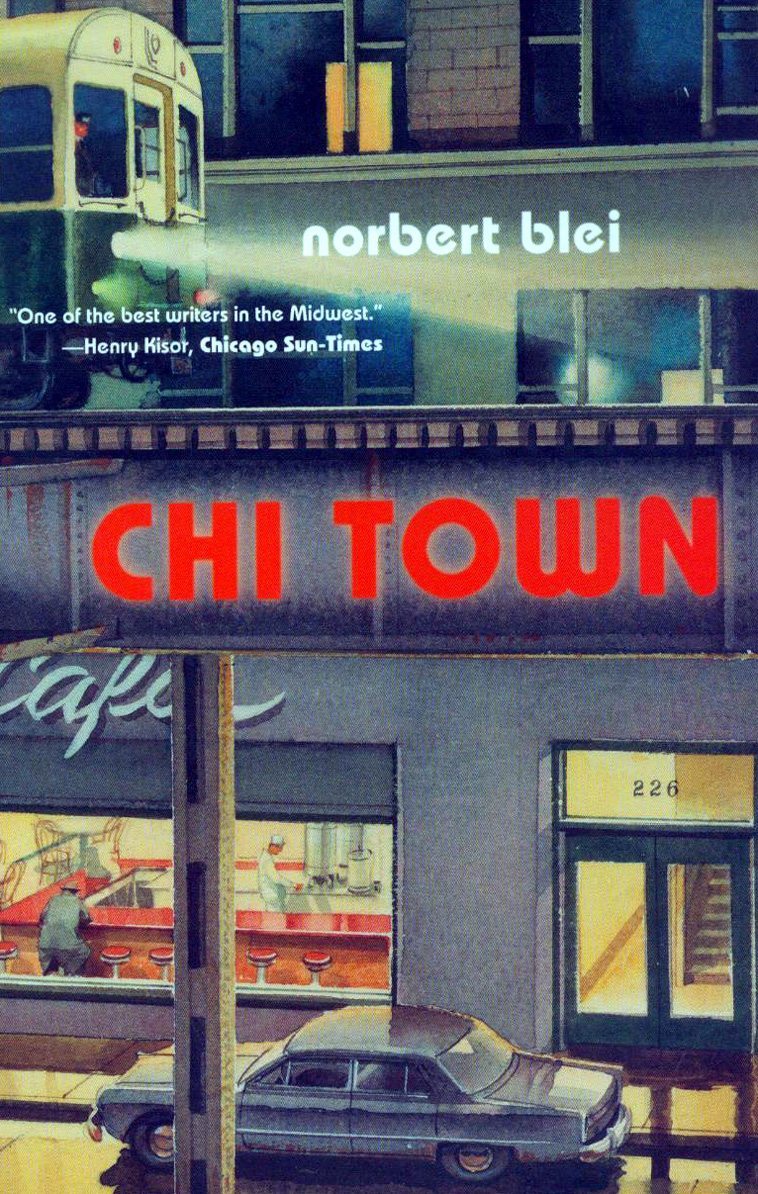 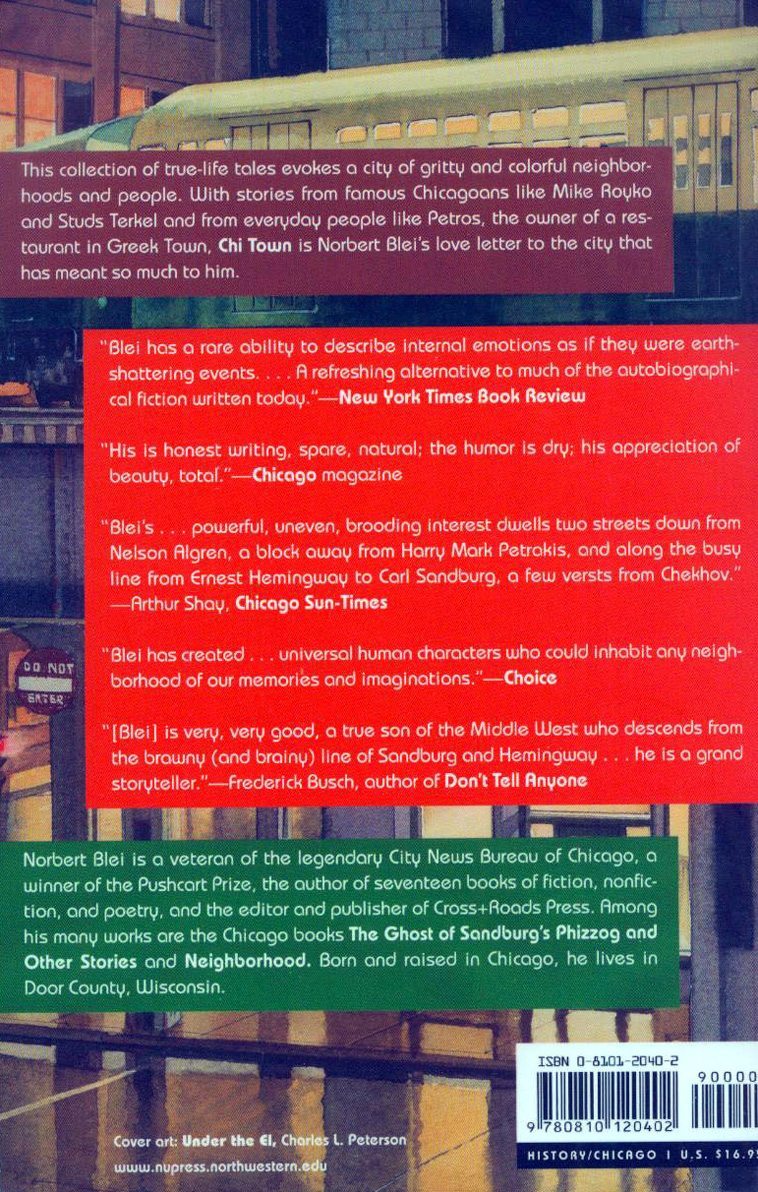 the way of old