On this Father’s Day, this father chooses to honor his children, now both adults with lives and families far away from here. Yet here, this house, this coop, this woods, this road down to the lake, this place holds my fondest memories of them. I can almost hear their childish voices, almost see them on a tree-swing that once hung from an old maple tree near the road, almost see my son throwing a basket ball into a small, much too low, ring that still remains attached to the garage today…and almost make out the strike-zone I once painted on the outside of the garage door, where my son and I pitched a soft or hard ball to each other: “Batter up!” He was tireless…I was always exhausted. And I still see and delight in my daughter living her life full in the imaginary world of dolls and babies, taking to them, singing, pulling them in a wagon down the road…playing house.

I have written very little about either my son, Christo (Christopher) or my daughter Bridge (Bridget) in all the words and articles, stories, poems, books I’ve penned since I first began to write seriously around 1961. I’m not surprised by this. But I am aware. I don’t have any explanation for this—then again, if I may speculate…

Somewhere in my crazy ethnic, Eastern European origins and blood lines, I harbor the gene of ‘secrecy’. I saw it in grandparents, parents, aunts and uncles…from early on cautioned: “Don’t tell anyone!” The Catholic church with it’s rituals and ‘confession box’ (an apt metaphor) only enforced this darkness within. Just between me and the big guy up there. Nobody else need to know. And when writing first began to take hold (late high school, early college), it was all about secrecy, privacy, finding yourself in an imaginary world that no one need know—till you felt the need to share the words in publication. A hard lesson.

To this day, I harbor more secret rituals about my work and life than anyone would imagine. I never show a manuscript to anyone prior to publication other than my publisher and/or an editor.

Most perplexing, confounding, almost unexplainable (undoubtedly a big factor in the loss of a long marriage) was how ‘the secret’ becomes ‘the secret life’ which is impossible for the writer to reveal in any other way than words on paper.

All this to explain the double-life. In my case, the middle class father outwardly living the life of wife and family and all that it entails to insure loving care, proper parenting, the straight life and above all, ‘protection’—from the other life of creative craziness within where freedom reigns and the writer is most alive, constantly on the edge of bursting out, ready to sacrifice anything (marriage, children, job, profession, religion, middle-class friends and values) to remain forever in this state of grace, his true self.

Bless you both, my son, my daughter, for all you have brought to my life. 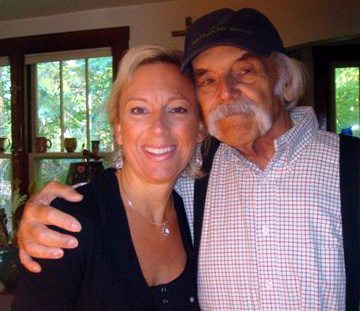 June 30 – I have no time, it seems, even for flowers along the road. Those weeds already in downy fullness to match the full moon last night. The orange and yellow hawkweed dotting the roads and fields in perfect free¬style flows of color. And the white daisies, singularly, the most beautiful petaled flower. These my daughter secretly gathers in a small bouquet for my desk. Through the white daisy we both speak summer, though the act is one of silence. I will enter the coop, usually in the early shadows of morning, flick on the desk light, and there, in a white vase near the typewriter, a small bouquet of daisies. And that will set the day—a child’s gesture of unexamined love. 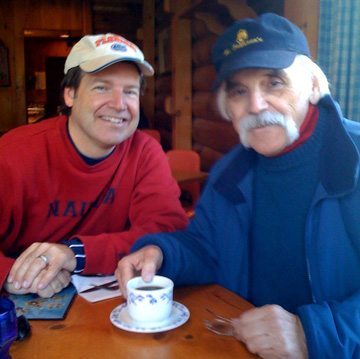 Games Upon the Road

October 30 – I’ve played these games upon the road with my son for more than 10 years now: baseball in spring, football in autumn, hockey in winter. In fall, especially, I’ve watched his shadow grow into mine in the always setting sun behind his back, felt his arm strengthen and his pass aim sharpen. He plays to win, to seek a perfection beyond the old man, while my passes grow shorter, and my runs are all too soon out of breath. I play to be outside in these dwindling hours of autumn, to hear the missed pass rustle through the leaves, to consume the sky above his head in such a glow of gold and lavender, the softest flush of pink. We toss passes till the light is gone, till the ball must be arced considerably toward the receiver’s hands. Until I call “time to go in,” knowing this fall may well be our last chance at autumn games, the shadows having merged and boyhood disappeared. 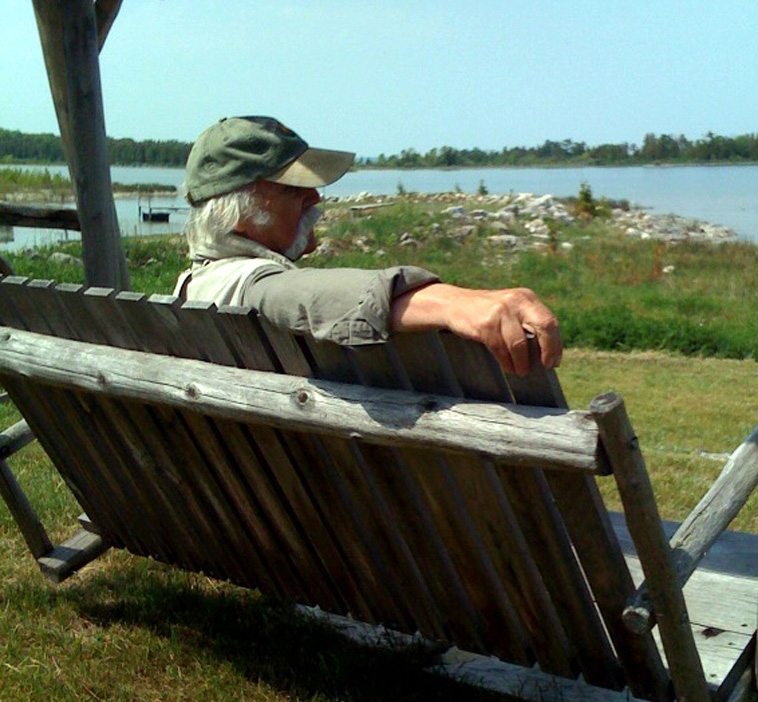