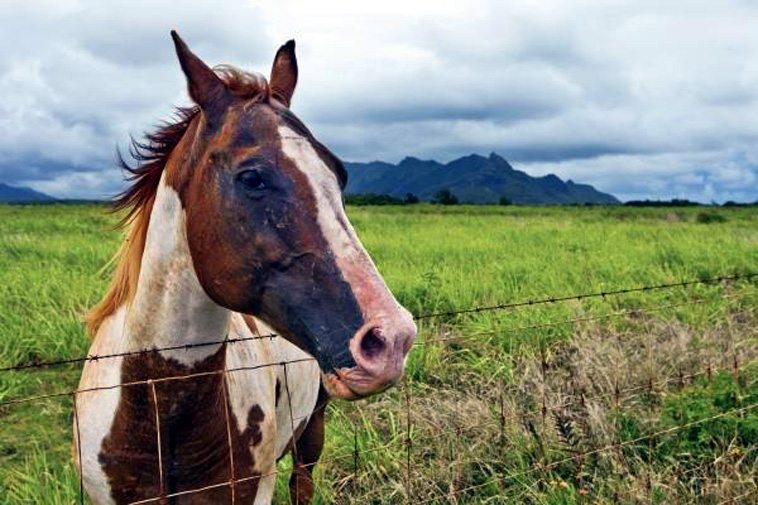 In early May, my neighbor and I moved my three horses across the gravel road to her summer pasture. Last year, it took a while before her animals — a thorough­bred and a mule — herded up with mine, but eventually they settled down into a single unit. This year, they did something unexpected. They ejected Remedy, my old quarter horse, from the herd. My neighbor put salve on his bites. And, when I went to check on him the next morn­ing, I found him standing alone in the shallow creek, as if his feet were hot. His head was to the fence, and his tail to all the rest of the world.

I bought Remedy in Colorado when he was 19. Now he’s 34. He has ruled all the horses as long as I’ve owned him, wherever we’ve been, but not anymore. I walked him out of the creek and back to my place and put him in a paddock out of sight of the horses across the road. He was limping slightly, but now that limp has hardened into a deep and permanent hitch in his gait. He gets around as though he’s used to the damage, but his orbit in the pad­dock has grown smaller and smaller. His eyes are bright. His coat gleams. His ears seem to have lengthened as he’s aged, but they still twitch with attention.

Remedy has always been the youngest old horse I know, but 34 is terribly old for a horse. A friend — a wise equestrian — told me that Remedy would let me know when he’s ready to go. I’ve seen that moment in dogs and humans and known it for what it was, but never in a horse. I’m afraid that I won’t recognize it, that somehow I’ll let him down in dying. He’s been a powerful figure in my life, the remedy to a disabling fear that stole upon me unex­pected one day. He has one more thing to teach me, and I hope I learn it well. 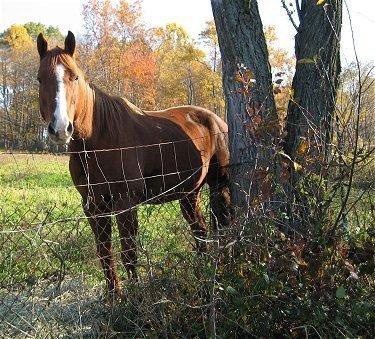 I have reprinted this author’s short but perfect personal essays before, which often appear (“The Rural Life”) only on the editorial page of The New York Times. There are many fine collections of his work as well. If you liked “One Last Lesson” I guarantee you will like everything else he has written. In October of this year, I will be teaching a one-week workshop at The Clearing (http://theclearing.org/current/classes_summer_description.php?id=79) focused entirely on the subject of Rural Writing. Verlyn Klinkenborg is precisely the kind of writer, the kind of writing we will be looking at, learning from. — Norbert Blei