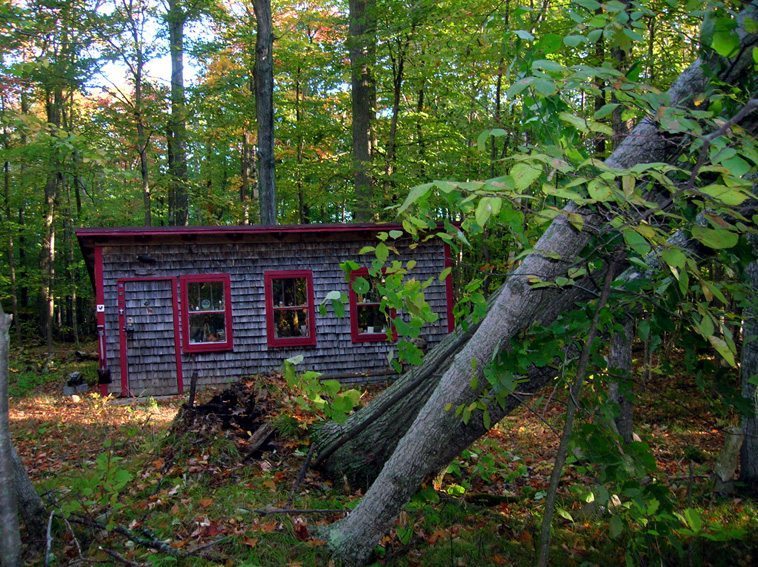 Left with the Pieces

“Ruinage Is Hardly Ever a Pretty Sight”

There’s a chainsaw whining in the woods behind me as I write. December already…trying to snow. Another day of whirling metal teeth biting into timber. Another day of noise. Another friend come to claim the chaos surrounding me. To cut, to chop, to split. To keep the home fires burning. Not mine. Theirs.

Help yourself to my destruction, friend. Not a pretty sight.

No, I don’t burn wood, though I should, given whose woods these are I think I know …know all too well. Yes, I like fire, the warmth, the flickering light. But not in my living room. Not in this old farmhouse. Not to forget the houses going up in flames here in those ‘back-to-the-earth’ ‘60’s, ‘70’s…wood fires, bad chimneys. Smoke and ashes.

“A picture is worth a thousand words,” they say. So let images speak for now.

But for this: the remains of late September’s storm, long gone, thanks to the skill of friend, Andy Hartman (acorntreeservice@gmail.com ), his keen assessment of the scene confronting him: height, girth, danger… (whatever befalls a man, falls)…But what falls first? where? how?…Helmet, goggles, lifeline—ready/set/up he goes, scampering into treetops…a dance in the limbs (lighter than air?)…a chainsaw balanced in one hand, bringing it all down just so, on the mark, while his tireless crew of rudimentary tree surgeons take to the fallen carnage…(crashing trunks, broken branches)…a chorus of chainsaws, then a solo roar from a hungry wood-chipper machine, chewing everything it is fed, spitting out woodchips for future pathways through the forest.

Mostly stumps and sawdust remain this December stop-and-go-snow-morn, though the storm…literally, metaphorically…continues to swirl in my head…and the words won’t go away the way the trees and everything else went away. The pictures remain in my head. NOT out of sight; never out of mind.

Make note: No matter how straight, how tall, how young, how old, how beautiful, how reaching…how anxious in spring, silent on a summer’s day, joyful in autumn, crazed in winter’s howl…no matter how comforting, caring, cool the shadows cast on an August afternoon…how loving the lace-work branches in all seasons…how shiny in spring rain, how bountiful in summer green, how full of themselves in fall, how nakedly anointed in winter’s soft white. Inevitably they break, they fall, they separate from one another. Bent, broken, bereft…they kiss the ground they fall upon, nestle in weeds, plant themselves in place, prepare to be forgotten. They pass the seasons unknowingly, staring at blue or cloudy skies, absorbing cold, sun…drinking rain, snow, sleet, slowly disintegrating … awaiting whatever karma they root into…re-entering the earth in time to the wonder above it all…above its short or slow-far reach into one form or another. Some to be what they once were, survive, reach old age, fall to earth again on their own…broken, hollow…awaiting redemption. Others to remain standing tall, no matter the age, no matter the weather…only to await the scream-song of the grasping chain saw…yield in the end to the taste of flame.

All this whirls in the mind of the man who has comfortably lived and worked much of his life in these same woods, found his place in and among birch, maple, oak, the pine… Came to know and respect them…let them be. The woods are lovely, dark and deep indeed. Sanctuary…his quiet coop tucked among them all. In their pact of forty plus years…room enough, peace enough for both to grow without knowing what the next day or night will bring. Though age, now, has been catching up to both. Nature, destined to take both down. Saying goodbye in this place in the woods would be a good way to go, he plays on the words of Chief Joseph’s: “Today is a good day to die.” 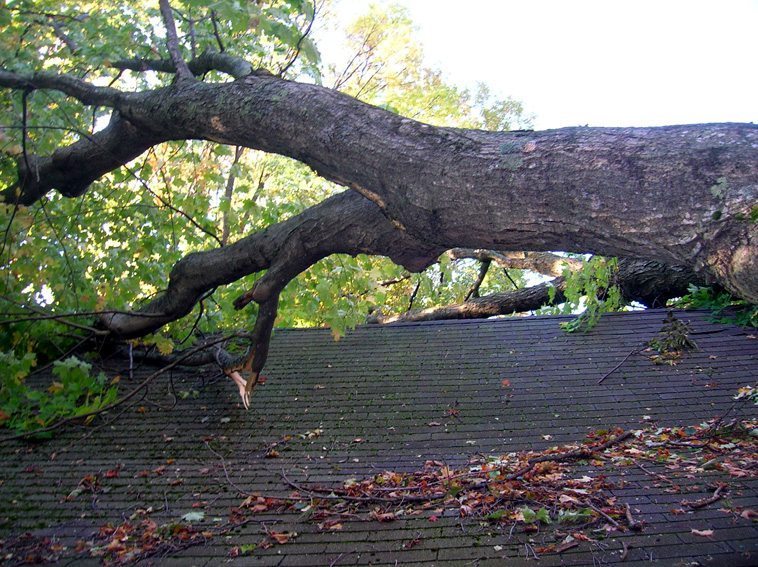 The new light he sees before him out the coop’s desk window, this December day, weeks later…the two old trees once before him, gone forever, the stumps ground down to earth… So much more light, more visibility brought to his old invisible domain. Can there be too much light? His eyes squint into the openness of it all. Too much to see from his once hidden sanctuary of shadows? Something has been disturbed. Made light of. Miraculously, nothing fell on him or the coop. He sits in the same place, stares out at/into the same world—remains standing in his own way.

Thought towering behind him high above the roof, up against the back wall of the coop stand two giants of great girth and length. Two old friends who have shared over thirty years together in the same place.

“They’ll be the end of my story someday,” he tells his friends. “I can’t believe they’re still standing after that last storm. The two old ones in front went down, falling away from the coop. But these two in the back withstood it all… Destiny?”

“You must take them down,” I am told. “They’re dangerous.”

I can see that large maple in a storm, poised perfectly to come crashing down and take me out right at the desk as I key my last word. Yet I have far too much trust in the nature of things.

Then again, what better way to go?

…ruinage is hardly ever a

pretty sight but it must when splendor goes

accept into itself piece by piece all the old

goes part of a poem by A.R. Ammons

I can see the article on the front page of the local paper: “Local Writer Felled by Tree”. On second thought, no, it would not make the front page which reserves that space for photographs of unusual looking vegetables and feature articles about weather. The story would probably appear above the fold on the obit page—the only page with any news.

But it’s no longer the Obit Page. They call it “VITALS” now. So the local writer’s demise would probably not reach that vital prominence either, since he had a vital history of satirizing the local paper every chance he had. Then again, he was not born local.

Eventually they would find some hole in the paper to fill, perhaps under the chiropractor’s ad (TREATING SCIATICA”) or stuck in the classified ads section and they would print something about his passing in one almost complete sentence.

They would run a photo of him, but it would not be him. The title of the obit would be severely edited because of space. They would drop “local” and “writer” and “felled” and everything else. They would just print the fact: BLEY DEAD. 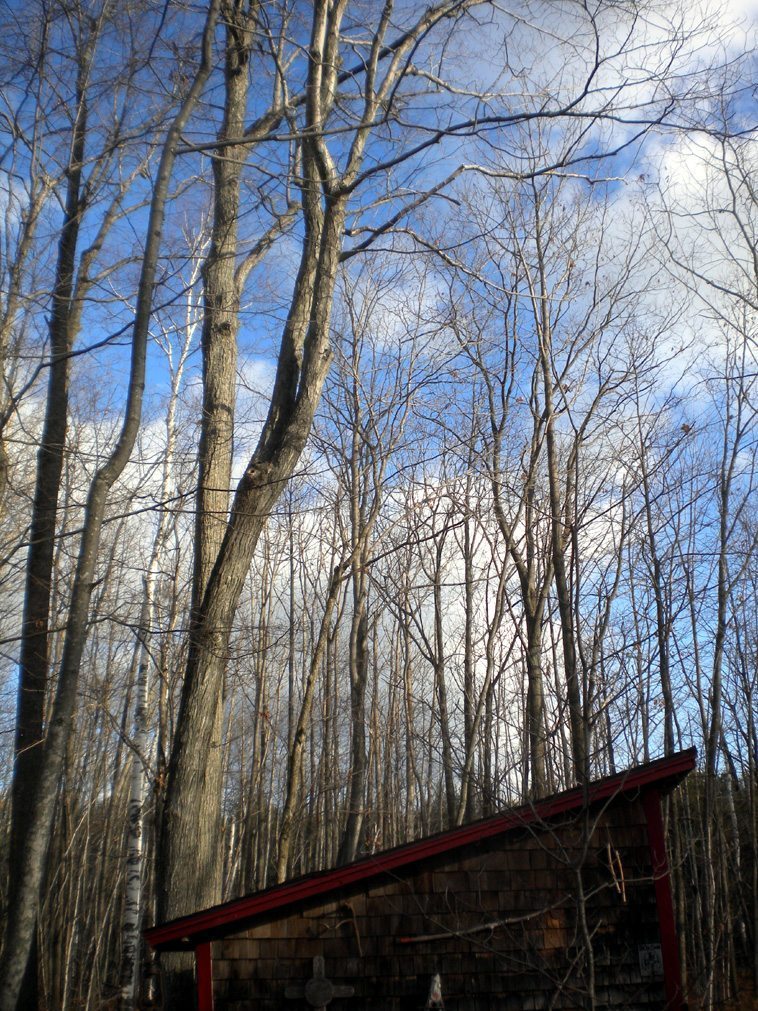