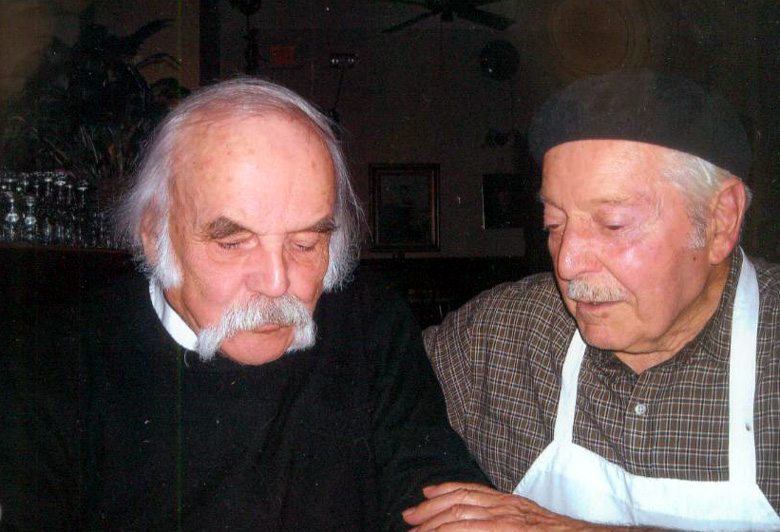 This was the year the visitor, old age, knocked on his door with a battered black suitcase in hand, shuffled into the room, said nothing, locked the door behind him and cast a permanent shadow into every corner, every waking moment, every sleepless hour.

There was no shutting out the occupant now, he began to realize through a sense of diminishment in his once-upon-a-time-life: discomfort, lack of focus, loss of energy, of spirit, of dream, of all the things he once was.

There was no denying the other occupant’s presence as he opened the musty suitcase to despair: a broken alarm clock set to go off at any time; black and white x-rays of a body’s map to unpredictable woes; prescriptions, medicine, pills…a patient’s bill of right’s for as long as whatever; newspaper obits and wrinkled memorial programs of too many friends reduced to earth or ashes; photographs and letters of the way things used to be…images bent and blurred, paper yellowed, words disappeared in faded ink.

And to the depth of what dark recesses could the light of love still be seen, if it existed at all?

Yet another New Year of hope and promise was on its way this night, a babe we are lead to believe, bearing down upon us tooting his horn, minute-hand sweeping timelessly as Old Year, head bent to the ground, hobbles along somewhere on the outer edges of this sad, dark room, headed to our mutual destination. While ‘hope’, whatever remains, rests mainly in memory.

Finding some comfort in that, the man who suddenly became old in 2010 remembered a favorite poem that he religiously sent to other friends each new year. And though even this did not light up the overwhelming loss felt in the room tonight, he read it aloud by candle anyway, as they used to say, “For old time’s sake.”

Every year the odds are stacked against it
turning out the way you’d like:
a year of smooth, a year of easy smile,
a year like a lake you could float on,
looking up at a blue year of soothing sky.

Mostly the letters you’re expecting never come.
Lovers walk out and keep on going
and in no time they’re no friend of yours.
Mostly, the sheer weight of days
gone awfully wrong: a tire blown out,
someone’s heart caving in,
the hole worn finally through the roof.
Sometimes it’s only a few tenacious cells
digging in against complete dissolve.
The smallest strand of DNA, stretched thin
over thousands of years, goes taut
and finally holds.

I’ve watched men at the Mission staring out
into the middle distance,
putting up with the latest version of salvation,
all the time wondering just
how long until the bowl and spoon.
They’ve been around long enough to know
the good part’s always saved for last and
there’s no promise they won’t make to get there.
Each year cuts our life down to size,
to something we can almost use. So we find it
somewhere in our hearts: another ring shows up
when we lay open the cross-section.
One more hard line in the hand
spreading slowly out of its clench.

It used to be the world was so small
You could walk out to the end of it
and back in a single day. Now it seems
to take all year to make it mostly back.
And so this is for my friends all over:
a new year. Year the longshot comes home.
The year letters pour in, full of the good word
that never got as far as you before.
The year lovers come to know a good thing
When they find it in the press of familiar flesh.
Walk out onto the planet tonight. Even the moon
is giving back your share of borrowed light
and you take it back, in the name of everything
you can’t take back in your life.
Imagine yourself filling with it,
letting yourself go and floating
through the skeleton trees to your place
at the top of the sky.

And here’s the best part, coming last,
just after all your practiced shows of faith.
Even now, while you’re still salvaging
what passes for resolve.
Remember this, no matter what else happens:
this year you’ll never go without.
It’s no small thing you’ve been in line for,
this bowl and spoon passed finally to you.

from BLESSINGS IN DISGUISE, Viking, 1991 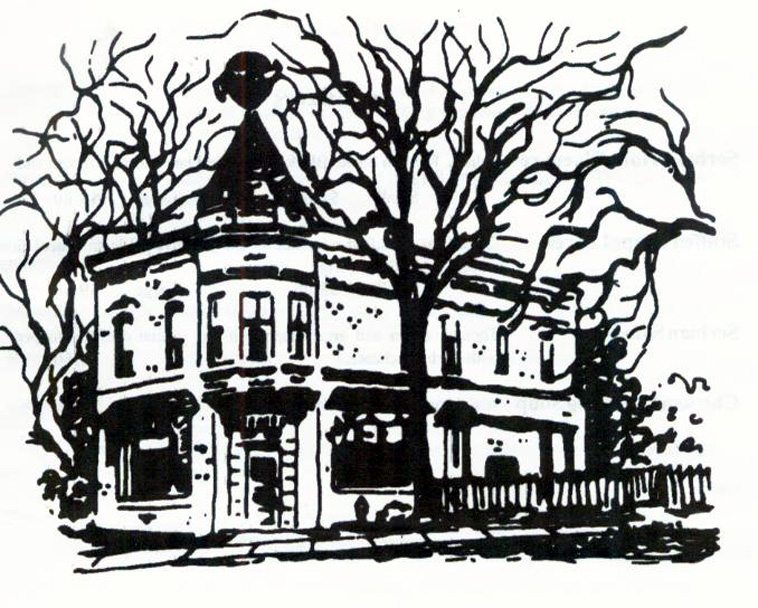 Memory brought him back as well to where he should be tonight, to New Year’s Eves past, celebrated for years now, just he and his partner, in old Milwaukee.

Waking the streets, the lakeside, visiting museums, favorite bookshops, bars, restaurants. Then New Year’s Eve dinner ,at his favorite haunt in an old neighborhood so reminiscent of his own Chicago neighborhood filled with small ethic restaurants, aromas of homemade food to soothe the Old World soul within him which he cherished.

So it was off to Three Brothers Restaurant, the two of them (which they identified with through their Eastern European heritage) to indulge in appetizers of Serbian salad or Stuffed grape leaves. Serbian specialties (main courses) of Burek, Sarma, Chevapchichi, Roast Lamb, Roast Goose, Stuffed Peppers. Roast Suckling Pig, Chicken Paprikash, Chicken livers, Pljeskavica… And homemade desserts of Strudel, Baklava, Palacinka, and either Grandma’s or Branko’s Torte.

Much of the pleasure on being there was old Branko himself, in his 80’s, in apron and black beret, a smile on his face, always on the scene, visiting the tables, stopping to talk to people. Branko, whom he inevitably invited to sit down, join them, have a glass of wine, as he and Branko would talk, talk talk of Old World memories, inevitably working on Branko the few small words and phrases of the old language he still remembered, which brightened both their worlds in laughter and story on this most precious night of ‘in-with-the-new’—-but slowly, oh so s l o w l y ‘out-with-the-old’ where Branko and he now both seemed to live and thrive.

Happy New Year Branko, he whispered to the dark outside his window… May you live forever. Sorry to miss you this year. I have become old, fighting time just like you. ‘Maybe’ next year. (There goes that damn ‘hope’ again, ringing the bell, determined to be heard!)

He felt out of breath, winded, talking to himself in the dark room. Time for The Long-Winded Lady, he thought, to shed a little light on that black suitcase, on all these shadows…bestow a blessing upon us all. –Norbert Blei

“We have received another communication from our friend the long-winded lady.”

I THOUGHT if I got the three words “cold and sunny’” into a first sentence, I could write you a letter. And there you are. I did it. I have no news, only a few observations and they are not even random observations. They are very solid observations, and if I am not careful they will hem me in and eventually turn into secrets and then, worse and worse, into convictions.

Thirty minutes later. I went off to make some coffee for myself, and while I waited for the water to boil I considered all the nonrandom “observations” I had so portentously lined up for your inspection. While I looked them over, they began to vanish, and finally they had all vanished — all gone, and a good thing, too. They would have made very dull reading.

They were a stilted crowd and rather disagreeable, as though they had found themselves at a party that was not quite what they expected and where their clothes were all wrong. They all wore elaborate taffeta ball gowns that seemed to belong to the eighteenth century, and each ball gown was a different shade of green.

The complaints department becomes empty every once in a while — stone-cold empty, and quite deserted. I always when it is empty. When I am happy, I know is empty. That is, when I am especially happy. Furthermore, I believe that all the unhappy ones in that dismal department then turn into angels, or into ling like angels, and go far, far away.

Yesterday afternoon, as I walked along Forty-second Street directly across from Bryant Park, I saw a three-cornered shadow on the pavement in the angle where two walls meet. I didn’t step on the shadow, but I stood a e in the thin winter sunlight and looked at it. I recognized it at once. It was exactly the same shadow that used to fall on the cement part of our garden in Dublin, than fifty-five years ago.

We lived in that house thirteen years. It was one of a long row of houses that faced, across the quiet little street, another long row of houses, just like them, each with a front garden and a good-sized back garden. Every my father came into the house, coming home, he went first into the back sitting room to look through the window at his wife’s garden and see for himself what changes she had made there during the hours he had been away.

One New Years Eve, something marvelous happened on our little street. It wasn’t called a street; it was called an avenue.

Cherryfield Avenue. And it was closed at the far end — no “thru” traffic. What happened that New Year’s Eve was that in the late afternoon word went around from house to house that a minute or so before midnight we would all step out into our front gardens, or even into the street, leaving the front doors open, so that the light streamed out after us, and there we would wait to hear the bells ringing in the New Year. I nearly went mad with excitement and happiness. I know I jumped for joy. That New Year’s Eve was one of the great occasions of our lives.

I must tell you now that I am praying to Almighty God for blessings on your house, with extra blessings to go with you whenever you leave the house, so that wherever you are you will be safe.

[from THE LONG-WINDED LADY, Notes from the New Yorker] 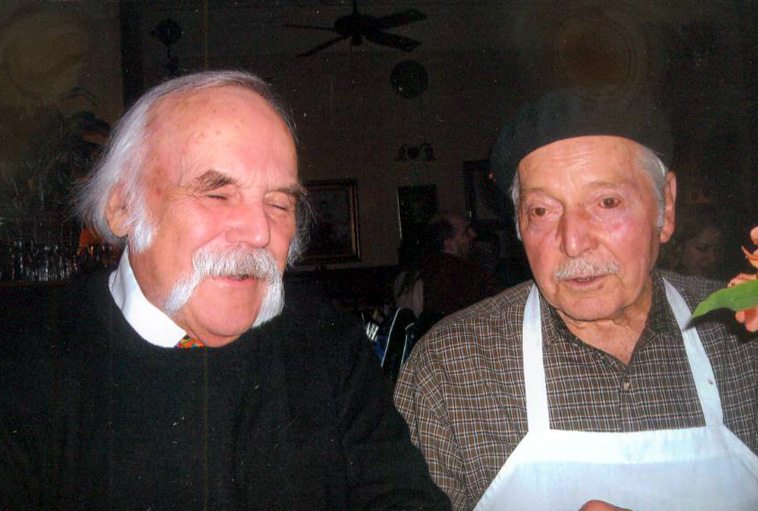 on gathering, on solitude: thanksgiving

alice d’alessio | a place to be safe