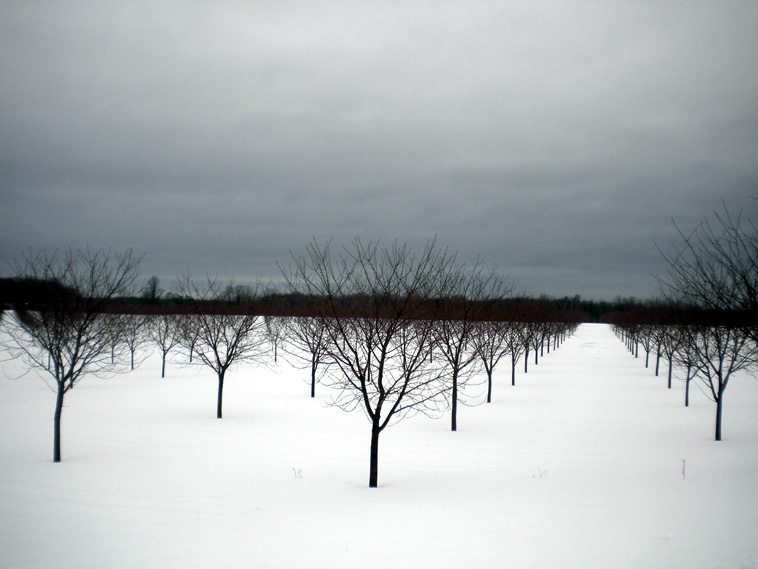 Orchard in March by Norbert Blei

There is such a solitary beauty to orchards in March, row after row in winter white, bare branches yielding both to stillness yet already reaching for sun, for buds, for green, for spring blossoms when their world comes alive in a dance, in chorus lines all pink or pop-corn white…such beauty to behold for passersby. Look at us! You will find nothing more beautiful in the fields of Door…not rows corn, not stacks of hay, not patches of pumpkins. We are mystery, we are magic…our generosity, unending…blossoms galore–to red cherries, juicy apples. And then we rest awhile again in silhouette, in clear calligraphy, thinking March, spring pruning, the flowery fire within us.

THE BAY THIS YEAR (Sister Bay) EITHER OPEN OR MOST LIKELY STILL LOCKED IN ICE…(Consult `The Ice- Out Chart’ compiled by Bill Bastian.) Some say it won’t move till two winds blow simultaneously–one out of the northeast, the other out of the southwest. Others say it should happen soon because the ice in the bay has turned black. Only a short distance beyond the ice, however, open steely-blue water as far as the eye can see.